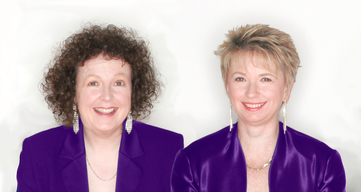 Professional wedding soloists in Hampshire, Surrey and Berkshire areas,
Toni Nunn and Kirsty Young are professional opera singers with experience performing in a wide range of churches large and small, and hundreds of other venues across the UK.

Singing either as soloists or as a duo, Toni and Kirsty offer a wide range of both classical and favourite songs for all types of weddings in Hampshire, Berkshire and Surrey. Whether you wish one wedding song or a few, or just a voice to lead the hymn singing or join the choir, we are happy to help.

To hear us in action, see our Audio page (there's a demo video on there too)

"Thank you so much for your fantastic performance.
​You made the service memorably beautiful, & your stunning voice was the talk of everyone."
SC-P, Surrey

Toni trained at the Queensland Conservatoire in Australia before winning a major competition enabling her to study in Cologne Germany and in the UK.

She has appeared with many UK opera companies in principal roles, and has performed in theatres large and small, from Sydney Opera House to the Yvonne Arnaud Guildford. Toni has also sung for Royalty, performing for Prince Charles and causing a media scrum by chatting to him afterwards for far longer than anyone else!

Toni has sung in hundreds of churches and cathedrals including St Mary’s Cathedral Sydney, Wells Cathedral Somerset, and St Martin-in-the-Fields London. She has also sung in over 500 other venues across the UK and beyond, and been heard on numerous radio stations including BBC Radio 3, BBC Guernsey and Manx Radio.

Kirsty trained at Trinity College of Music London and performed with UK opera companies before setting up her own company, Hatstand Opera, in 1994.

She has sung in major churches in London, including St Martin-in-the-Fields, Southwark Cathedral, St John Smith Square, and St James Sussex Gardens, plus churches large and small across the UK from Winchester Cathedral to St Wilfrid’s Grappenhall near Warrington!

She has also appeared in theatres right across the south, including the Theatre Royal Winchester, the Nuffield Theatre Southampton and the Festival Theatre Chichester. Kirsty has also sung live on Classic FM, for BBC TV and BBC Radio 4, in a vineyard in Western Australia on the same bill as Julio Iglesias, and for a TV game show pilot with Ruby Wax and Peter André.